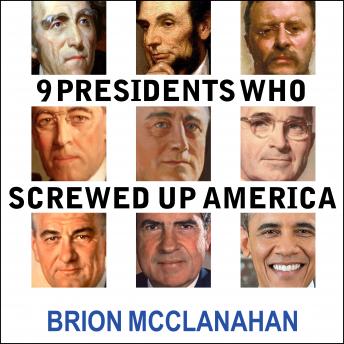 9 Presidents Who Screwed Up America: And Four Who Tried to Save Her

Of the forty-four presidents who have led the United States, nine made mistakes that permanently scarred the nation. Which nine? Brion McClanahan, author of The Politically Incorrect Guide to the Founding Fathers and The Founding Fathers' Guide to the Constitution, will surprise listeners with his list, which he supports with exhaustive and entertaining evidence. 9 Presidents Who Screwed Up America is a new look back at American history that unabashedly places blame for our nation's current problems on the backs of nine very flawed men.

9 Presidents Who Screwed Up America: And Four Who Tried to Save Her