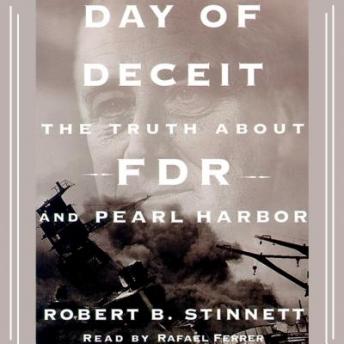 Day of Deceit: The Truth About FDR and Pearl Harbor

In Day of Deceit, Robert Stinnett delivers the definitive final chapter on America's greatest secret and our worst military disaster.

Drawing on twenty years of research and access to scores of previously classified documents, Stinnett proves that Pearl Harbor was not an accident, a mere failure of American intelligence, or a brilliant Japanese military coup. By showing that ample warning of the attack was on FDR's desk and, furthermore, that a plan to push Japan into war was initiated at the highest levels of the U.S. government, he ends up profoundly altering our understanding of one of the most significant events in American history.

Day of Deceit: The Truth About FDR and Pearl Harbor

This title is due for release on December 1, 1999
We'll send you an email as soon as it is available!