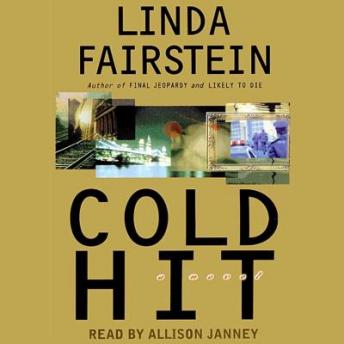 Renowned sex-crimes prosecutor and bestselling author Linda Fairstein sends her acclaimed heroine -- the stylish and steely-nerved D.A. Alexandra Cooper -- on a hunt for a killer inside New York City's glitzy art world.
Alexandra Cooper has seen many murder victims, but few more disturbing than the silk-clad body of a woman, her hands and feet tied to a ladder, pulled from the turbulent waters at Manhattan's northern tip. With her colleagues, including NYPD detectives Mike Chapman and Mercer Wallace, Alex races against the clock and hopes for a 'cold hit' -- a DNA match that would reveal the identity of the murderer by linking the crime to someone already in the police database. But as the case pulls her into the exclusive world of East Side auction houses and cutting-edge Chelsea galleries, Alex discovers she may be marked as an expendable commodity in a chilling and deadly scheme....

This title is due for release on September 1, 1999
We'll send you an email as soon as it is available!