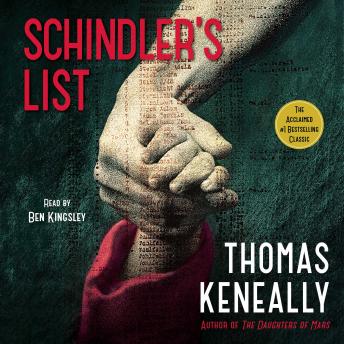 In remembrance of the 75th anniversary of the liberation of Auschwitz and the Nazi concentration camps, this award-winning, bestselling work of Holocaust fiction, inspiration for the classic film and “masterful account of the growth of the human soul” (Los Angeles Times Book Review), returns with an all-new introduction and beautifully redesigned cover.

An “extraordinary” (New York Review of Books) novel based on the true story of how German war profiteer and factory director Oskar Schindler came to save more Jews from the gas chambers than any other single person during World War II. In this milestone of Holocaust literature, Thomas Keneally, author of The Book of Science and Antiquities and The Daughter of Mars, uses the actual testimony of the Schindlerjuden—Schindler’s Jews—to brilliantly portray the courage and cunning of a good man in the midst of unspeakable evil. “Astounding…in this case the truth is far more powerful than anything the imagination could invent” (Newsweek).