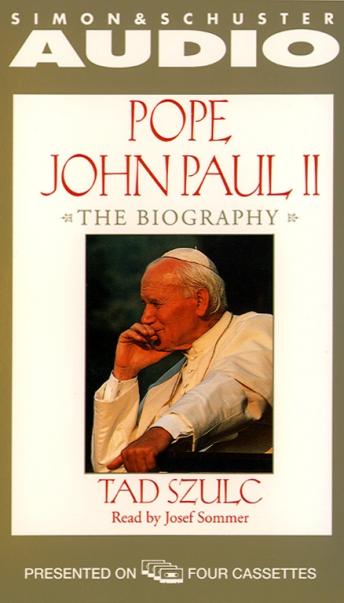 A comprehensive and exclusive biography on one of the most pivotal figures of the 20th century: Pope John Paul II.

As the spiritual head of more than one billion Catholics and a world statesman of immense stature and influence, Pope John Paul II was a major international figure. Yet he remained a mystery—theologically, politically, and personally. Through unprecedented access to both the Pope himself and those close to him, veteran New York Times correspondent and award-winning author Tad Szulc delivered the definitive biography of John Paul II. This strikingly intimate portrait highlights the Polishness that shapes the Pope's mysticism and pragmatism, while providing a behind-the-scenes look at the significant events of his public and private life.

Fascinating and thought-provoking, this biography of Pope John Paul II is vital reading not only for Roman Catholics, but for anyone interested in one of the most important figures of our time.

This title is due for release on May 1, 1995
We'll send you an email as soon as it is available!