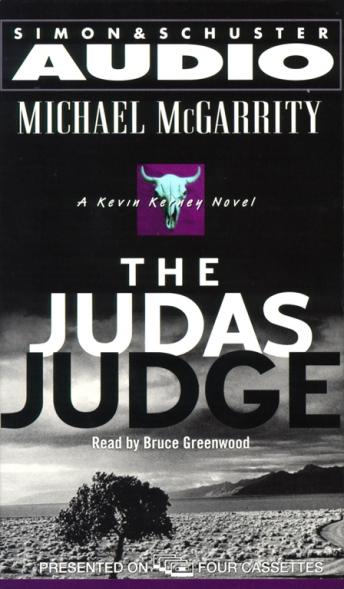 Deputy State Police Chief Kevin Kerney is weeks away from trading in his badge for a rancher's hat, when six murders are committed at a remote campground in New Mexico. Most of the evidence points to the work of a spree killer, but peculiarities at one crime scene suggest another grisly possibility: that five random people have been shot to death to cover the premeditated murder of the sixth, Vernon Langsford, a retired judge and wealthy businessman.

Ruling out neither scenario, Kerney mounts a high-profile search for the possible spree killer and conducts a deep probe into the life of Vernon Langsford -- which quickly reveals a number of motives for Langsford's murder. But Kerney has no clear suspect, nor does he know why Langsford's son scornfully refers to his murdered father as 'the Judas Judge.'

As Kerney pieces together a shocking history of family betrayal, he is harassed by a stalker, forced into a gunfight with a c rooked cop, and is shaken by new doubts about his plan to give up police work. Challenged by the most sensational case of his career, Kerney must use all his skill to track down and bring to justice a brilliant and ruthless killer.

This title is due for release on July 1, 2000
We'll send you an email as soon as it is available!