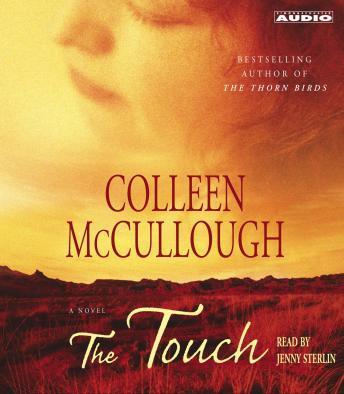 The Touch: A Novel

Not since The Thorn Birds has Colleen McCullough written a novel of such broad appeal about a family and the Australian experience.
When Alexander Kinross -- remembered in his native Scotland only as a shiftless boilermaker's apprentice and godless rebel -- summons his bride Elizabeth Drummond to Australia, his Scottish relatives realize that Kinross has made a fortune in the goldfields and is now a man to be reckoned with.
The intimacies of marriage do not prompt Alexander to enlighten his new bride about his past life -- or even his present one. Elizabeth has no idea that he still has a mistress -- the sensuous, tough, outspoken Ruby Costevan, whom Alexander has made partner in his company, rapidly expanding its interests far beyond gold.
Captured by their very different natures, Alexander resolves to have both Elizabeth and Ruby. Although Ruby loves Alexander desperately, Elizabeth does not. Elizabeth bears him two daughters: the brilliant Nell, so much like her father; and the beautiful, haunting Anna. Thwarted in his desire for a son, Alexander turns to Ruby's son as a possible heir to his empire.
The Touch is at once a love story and a family saga, replete with the desperate need of men and women, rootless in a strange land to create new roots.

This title is due for release on November 25, 2003
We'll send you an email as soon as it is available!