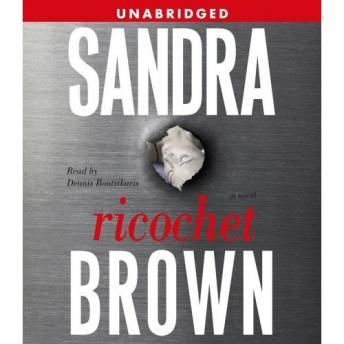 The #1 New York Times bestselling author of Seeing Red presents a spine-tingling story of murder and betrayal in high society Savannah, where a homicide detective finds his career—and life—on the line.

When Savannah detective Duncan Hatcher is summoned to an unusual crime scene, he knows discretion is key. Influential Judge Cato Laird’s beloved trophy wife, Elise, has fatally shot a burglar. She claims self-defense, but Duncan suspects she’s lying, and puts his career in jeopardy by investigating further. Then, in secret, Elise makes an incredible allegation, which he dismisses as the lie of a cunning woman trying to exploit his intense attraction to her. But when Elise goes missing, Duncan finds that trusting the wrong person could mean the difference between life and death for both of them.

Good story - interesting plot with a lot of twists and turns. Will definitely keep you interested to the end.

I enjoyed this book. Just when I expected predictable, I got a twist so I really liked keeping on my toes to figure it out. A very good listen.

Not bad. I actually had the hard copy, but it took me so long to finish the book, I thought I should just get the audiobook to see how it ends. It was a good way to pass the time.

I have this a great listen. Good reader and a story that keeps you guessing till the end.

This kept me guessing. I enjoyed most of the characters and the plot twists. I do agree with other readers who said the love scenes were a bit more than necessary. I would recommend it to any fan of mystery.

This was an entertaining book but I found it predictable. Though the plot keeps you interested, the romance that develops between the detective and Elise is obvious right from the start. Still, it was easy listening, and I am a fan of Sandra Brown's, so I enjoyed it. I do agree that there was a little too much discriptive romance. Not really necessary for the plot.

A little too much romance for me. It reminded me of the detective movies made in the l940's. However, the mystery did keep enough of my interest to finish all 11 cds.

Sandra Brown is a good writer, I enjoy her books. She can keep you guessing till the very end of the book.

The story was decent but the reader was boring. His voice was very affected & overdone. I found him hard to listen to.

It was okay, but not anything that kept me riveted.

This was a pretty good book. I've listened to a few by the author and while not my favorite (Chill Factor) it was a decent listen. There we many surprises along the way yet it was oddly predictable at times. The narrator did not take away from the book but could have added to it with a little more effort. It is a decent story, with a decent plot and decent character development. You won’t be disappointed if you are a fan of the author.

This was a GREAT book to listen to. It made my 45 minute commute pass by really fast. I was so into the book that I didn't realize that I had been sitting in traffic.