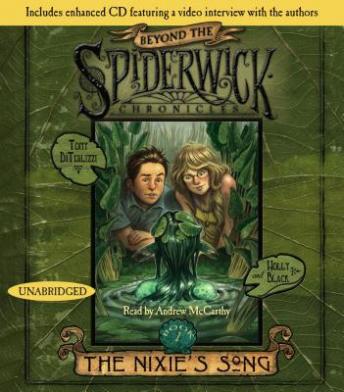 The Spiderwick Chronicles leave the old-fashioned charm of New England far behind and head south for some fiendish faerie fun in the hot Florida sun. Eleven-year-old Nicholas Vargas only thinks his life has been turned upside down after his developer father remarries and moves his new wife and daughter into the soon-to-be completed Mangrove Hollow.

But an 'expedition' to a nearby lake turns up a little nixie with a giant problem - the huge, lumbering, fire-breathing variety - and it's up to Nick; his stepsister, Laurie; and his big brother, Julian (plus a familiar face from the original Spiderwick Chronicles) to figure out the best way to stop a host of rampaging giants before all of Florida goes up in smoke.