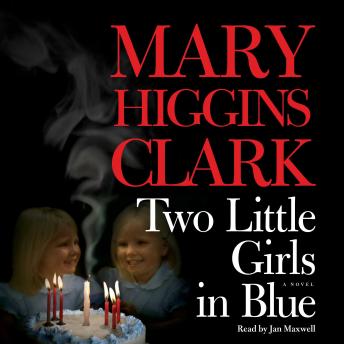 Queen of Suspense and #1 New York Times bestselling writer Mary Higgins Clark brilliantly weaves the mystery of twin telepathy into a mother’s search for a kidnapped child, presumed dead in this “riveting…suspense thriller [that] is certain to send terror into the heart of any parent” (Publishers Weekly).

Hours after throwing a third birthday party for their twins Kathy and Kelly in their Connecticut home, Margaret and Steve Frawley return home from a dinner in New York to discover the police in the house, their daughters missing, and an eight million dollar ransom note. The Frawleys meet the kidnapper’s demands, but the abandoned car they’re led to contains only Kelly, the body of the driver, and a suicide note, saying he had inadvertently killed Kathy and dumped her body in the ocean.

At the private memorial Mass for Kathy, Kelly tugs Margaret’s arm and says that her sister Kathy “wants to come home right now.” More unexplainable occurrences indicate that Kelly is in touch with Kathy, but no one except Margaret believes that Kathy is still alive. As Kelly’s warnings become increasingly specific and alarming, however, FBI agents set out on a search for the kidnappers as Kathy’s life hangs by a thread.

Delving into the well-documented but still unexplained phenomenon of twin telepathy, worldwide #1 bestseller Mary Higgins Clark takes us deep into the minds of her characters while lifting us to the heights of suspense.

I really loved it.

I have not picked Mary Higgins Clark in quite some time, I am never disappointed when I pick a book written by her! I enjoyed the voice of the narrator Jan Maxwell, very pleasant to the my ear!

I liked this one. It started slow but, once it got into the story, the pace picked up. Still a good listen.

Not Bad but started out real slow... Almost gave it up but had no other book. Maybe just not the book for me some make like it well enough.

I thought this was a very good book!!! It was a nail biting book for me.

This book was good, the reader's voice was a little annoying though.

This was a fun book to listen to. It keeps you on the edge until the end and the who done it is not totally predictable. Enjoy!

An OK read. A bit disappointing, as plot was predictable.

Another excellent suspense/mystry/thriller by Mary Higgins Clark. Keep them coming.

After the first chapter you can pretty much guess how the book will end. The plot formulaic, the writing adequate but uninteresting, and the contrived twin telepathy was more annoying than "mysterious".

Mary Higgins-Clark delivered another winning suspense novel with this one. Two little girls in blue gave new meaning to the name deep throat. The Pied Piper was definitely a surprise to me! Excellent piece! We couldn't stop listening.

My wife is the one who really listened to this book, but here are her thoughts: I love Mary Higgins Clark. This book was good, but felt that she has done better work. This was a short book, so was a quick listen. I did enjoy the book though, and look forward to her next one.