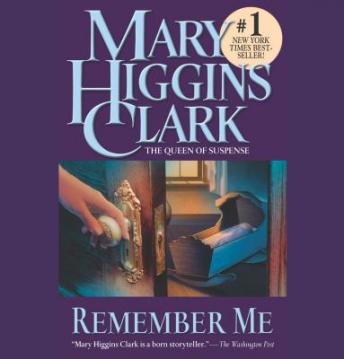 A killer turns a young family's dream holiday into an unfathomable nightmare in bestselling author Mary Higgins Clark's Remember Me.

Menley Nichols and her husband, Adam, a criminal attorney, rent a house on Cape Cod, in the hope of restoring their faltering marriage. The birth of their daughter, Hannah, has revitalized their relationship, but Menley has never stopped blaming herself for the accidental death of her two-year-old son. The serenity of the Cape promises a new start.

But when they visit Remember House, an eighteenth-century landmark with a sinister past, strange incidents force Menley to relive the accident that killed her son, and she begins to fear for Hannah's safety. Then Adam takes on a client suspected of murder when his wealthy young bride of only three months drowns in a storm—and the family is drawn into a rising tide of terror. A confrontation on a dark, rain-swept beach leads to a harrowing climax that only Mary Higgins Clark could have created.