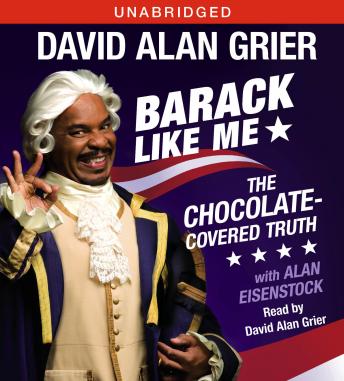 FROM GROWING UP IN DETROIT, where he marched as a ten-year-old with Dr. Martin Luther King Jr., to attending the inauguration of President Barack Obama, where he narrowly avoided the Purple Tunnel of Doom but still saw nothing, David Alan Grier examines how he -- and America -- have changed for the better and the funnier.

Within these pages, Grier imagines being called to serve in President Obama's cabinet as the 'secretary of mirth'; takes you to a wild and emotional election night party he hosted that didn't go as planned; explains the true meaning of the 'magical Negro'; recalls the formative episodes from his life -- including being rejected by the Black Panthers at their headquarters door and turning down the initial offer to work on In Living Color -- and for the first time ever sneaks you backstage at Dancing with the Stars, where he exposes the inner workings of the show -- the camaraderie between dancers and stars, the excruciatingly painful rehearsals, the outrageous preparations, and each hysterical moment of his four-episode appearance and subsequent public meltdown.

Grier unabashedly muses on politics, culture, and race while recounting his own life story in this edgy, timeless, hilarious, and revelatory memoir and look at all things Barack.

Barack Like Me is David Alan Grier at his best -- the man, comic, and twenty-first-century thinker -- funny, brilliant, and original.

Of course, DAG's narration was so tone perfect. How could it not be since he knew how to convey the mood he was in as these events covered in this honest, sometimes whimsical and humorous memoir occurred in his life. I had been a fan from his days on the television show In Living Color and the various movies he popped up in here and there. Although I never saw him in his more recent television show, The Chocolate Covered Truth, I was excited to listen and learn about his life story. I'd definitely listen to another memoir if he ever chose to release one in the future.