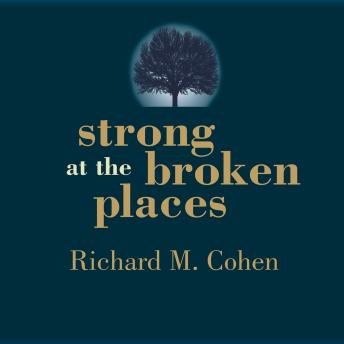 Strong at the Broken Places: Voices of Illness, a Chorus of Hope

In an extension of his New York Times bestselling book Blindsided, author Richard M. Cohen depicts one year in the lives of five individuals who are living with serious chronic illness and of their families. These 'citizens of sickness,' as Cohen calls them, were selected for the diversity of their ages, races, socioeconomic positions, illness types, stages of wellness, and gender. Cohen profiles:

-Denise, a woman with ALS, from suburban Los Angeles, California

-Buzz, a man with non-Hodgkin's lymphoma, from Franklin, Indiana

-Sarah, a twenty-seven-year-old woman with Crohn's disease, from Cleveland, Ohio

-Ben, an eighteen-year-old freshman at Saint Mary's College of Maryland, with muscular dystrophy

-Larry, a man with bipolar disease, from Cleveland, Georgia

Intimately involved with every aspect of their lives, Cohen formed intense relationships with his subjects, interviewing their families and friends, shadowing them on the job, accompanying them to doctor's visits, and being available and present for the important moments of daily triumphs and setbacks. Though each individual's illness wreaks havoc in a different way, there is much common ground to be found in the emotional impact of chronic illness and the need to rise above the disease. Listeners will be carried into the hearts and minds of those who cope with sickness daily and will learn about self-determination, courage in the face of adversity and ignorance, keeping hope alive, and finding strength and peace.

Strong at the Broken Places: Voices of Illness, a Chorus of Hope