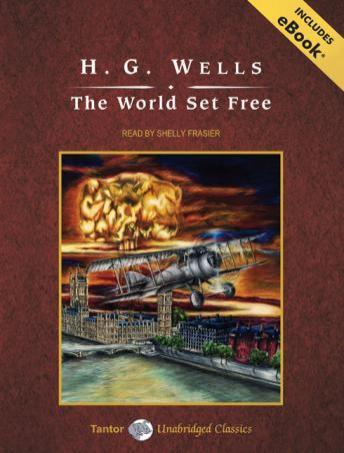 The Last War erupts in Europe, rapidly escalating from bloody trench warfare and vicious aerial duels into a world-consuming atomic holocaust. Paris is engulfed by an atomic maelstrom, Berlin is an ever-flaming crater, and the cold waters of the North Sea roar past Dutch dikes and sweep across the Low Countries. Moscow, Chicago, Tokyo, London, and hundreds of other cities become radioactive wastelands. Governments topple, age-old cultural legacies are destroyed, and the stage is set for a new social and political order.

The World Set Free is H. G. Wells's chilling and prophetic tale of a world gone mad with atomic weapons and of the rebirth of humankind from the rubble. Written long before the atomic age, Wells's novel is a riveting and intelligent history of the future that discusses for the first time the horrors of the atomic bomb, offering a startling vision of humanity purged by a catastrophic atomic war.

This title is due for release on May 25, 2009
We'll send you an email as soon as it is available!