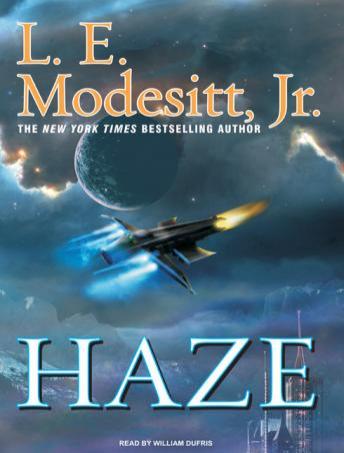 What lies beneath the millions of orbiting nanotech satellites that shroud the world called Haze? Major Keir Roget's mission is to make planetfall in secret, find out, and report back to his superiors in the Federation, the Chinese-dominated government that rules Earth and the colonized planets.

For all his effectiveness as a security agent, Roget is troubled by memories of an earlier mission. When he was assigned to covert duty in the Noram backcountry town of St. George, he not only discovered that the long-standing Saint culture was neither as backward nor as harmless as his superiors believed but also barely emerged with his life and sanity whole.

Now, scouting Haze, Roget finds a culture seemingly familiar yet frighteningly alien, with hints of a technology far superior to that of the Federation. Yet he is not certain how much of what he sees is real-or how to convey a danger he cannot even prove to his superiors, if he can escape Haze.