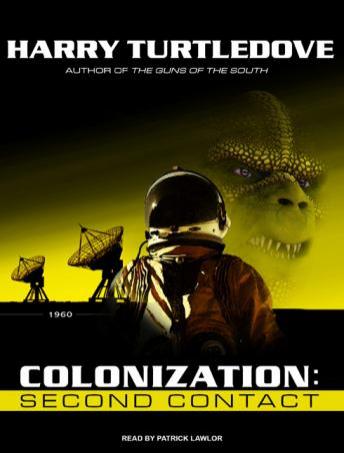 In the extraordinary Worldwar tetralogy, set against the backdrop of World War II, Harry Turtledove, whom Publishers Weekly has called the 'Hugo-winning master of alternate SF,' wove an explosive saga of world powers locked in conflict against an enemy from the stars. Now he expands his magnificent epic into the volatile 1960s, when the space race is in its infancy and humanity must face its greatest challenge: alien colonization of planet Earth.

Yet even in the shadow of this inexorable foe, the United States, the Soviet Union, and Nazi Germany are unable to relinquish their hostilities and unite against a massive new wave of extraterrestrials. For all the countries of the world, this is the greatest threat of all. This time, the terrible price of defeat will be the conquest of our world and perhaps the extinction of the human race itself.