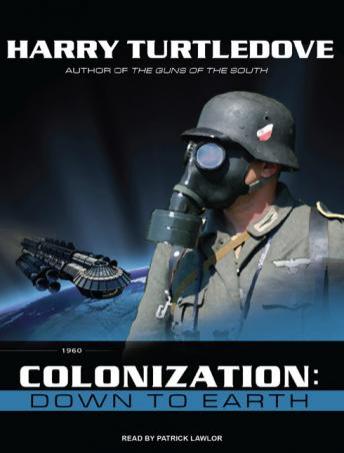 In 1942, Hitler led the world's most savage military machine. Stalin ruled Russia while America was just beginning to show its strength in World War II. Then, in Harry Turtledove's brilliantly imagined Worldwar saga, an alien assault changed everything. Nuclear destruction engulfed major cities, and the invaders claimed half the planet before an uneasy peace could be achieved.

A spectacular tale of tyranny and freedom, destruction and hope, the Colonization series takes us into the tumultuous 1960s, as the reptilian Race ponders its uneasy future. But now a new, even deadlier war threatens. Though the clamoring tribes of Earth play dangerous games of diplomacy, the ultimate power broker will be the Race itself. For the colonists have one option no human can ignore. With a vast, ancient empire already in place, the Race has the power to annihilate every living being on planet Earth.