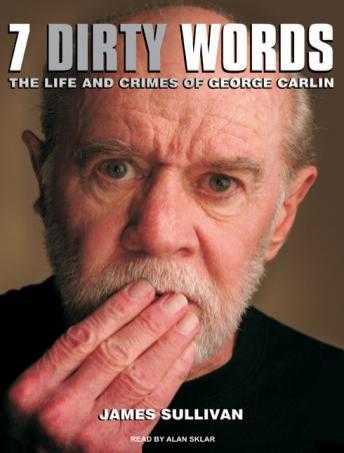 In Seven Dirty Words, journalist and cultural critic James Sullivan tells the story of Alternative America from the 1950s to the present, from the singular vantage point of George Carlin, the Catholic boy for whom nothing was sacred. A critical biography, Seven Dirty Words is an insightful (and, of course, hilarious) examination of Carlin's body of work as it pertained to its cultural times and the man who created it, from his early days as a more-or-less conventional comedian to his stunning transformation into the subversive comedic voice of the emerging counterculture. Sullivan also chronicles Carlin's struggles with censorship and drugs, as well as the full-blown renaissance he experienced in the 1990s, both personally and professionally, when he became an elder statesman to a younger generation of comics who revered him. Seven Dirty Words is nothing less than the definitive biography of an American master who changed the world and also a work of cultural commentary that frames George Carlin's extraordinary legacy.