The Dream of Perpetual Motion: A Novel 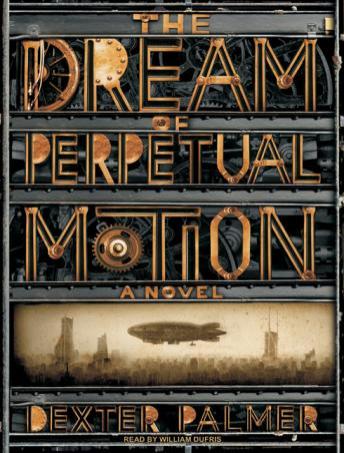 Imprisoned aboard a zeppelin that floats above a city reminiscent of those of the classic films Metropolis and Brazil, the greeting card writer Harold Winslow is composing his memoirs. His companions are the only woman he has ever loved, who has gone insane, and the cryogenically frozen body of her father, the devilish genius who drove her mad. The tale of Harold's decades-long thwarted love is also one in which he watches technology transform his childhood home from a mere burgeoning metropolis to a waking dream, in which the well-heeled have mechanical men for servants, deserted islands can exist within skyscrapers, and the worlds of fairy tales can be built from scratch. And as he heads toward a final, desperate confrontation with the mad inventor, he discovers that he is an unwitting participant in the creation of the greatest invention of them all-the perpetual motion machine.

The Dream of Perpetual Motion is a memorable debut that will be one of the most talked-about books of the year.

Dream of Perpetual Motion: A Novel