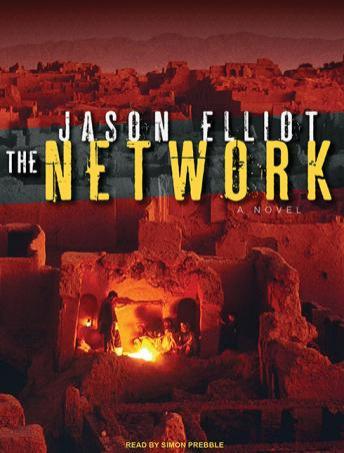 In this bold novel, Jason Elliot illuminates the dark recesses of the intelligence community during a crucial moment in history: the struggle to avoid a terrorist attack.

In the months before 9/11, former army officer Anthony Taverner is leading a quiet life in the English countryside. But his recruitment for a dangerous mission to Afghanistan by the British Secret Intelligence Service-better known as MI6-shatters his fragile peace and plunges him into the kaleidoscopic world of spying. Under the expert guidance of an old-school hero and veteran of the elite British Special Air Service, Taverner prepares to enter Taliban-controlled Afghanistan to destroy a cache of the CIA's precious Stinger missiles before they can fall into the hands of al-Qaeda. In Britain and America, the intelligence community is poised for a catastrophe that must be kept secret from the public, one that Taverner must attempt to avert-all without exposing a dangerous secret all his own.

Based on real characters and drawing on the author's extensive firsthand knowledge of Afghanistan, this is a thriller of rare authenticity, providing sustained insight into influences surrounding 9/11 and raising questions about the role of intelligence agencies in historical events deliberately hidden from the public eye.