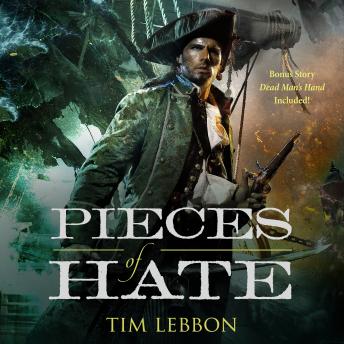 During the Dark Ages, a thing named Temple slaughtered Gabriel's family. A man with snake eyes charged him to pursue the assassin wherever he may strike next, and destroy him. Gabriel never believed he'd still be following Temple almost a thousand years later.

Because Temple may be a demon, the man with snake eyes cursed Gabriel with a life long enough to hunt him down. Now he has picked up Temple's scent again. The Caribbean sea is awash with pirate blood, and in such turmoil the outcome of any fight is far from certain.

In the wilderness of the American West, the assassin is set to strike again. Despite his centuries-long curse, Gabriel is still but a man, scarred and bitter. The town of Deadwood has seen many such men... though it's never seen anything quite like the half-demon known as Temple.