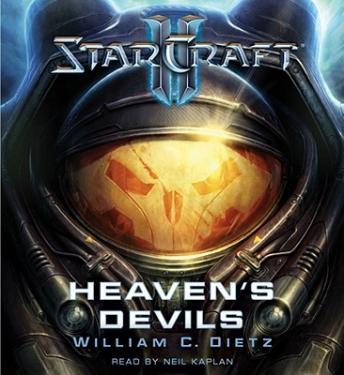 One marine squad, led by young upstart Jim Raynor and giant Tychus Findlay, are prepared to battle a corrupt government as it works for interplanetary domination in this action-packed thriller set in the StarCraft universe.

For the poor, hardworking citizens of the Confederacy’s fringe worlds, the Guild Wars have exacted a huge toll. Swayed by the promise of financial rewards, a new batch of recruits joins the fight alongside a slew of mysteriously docile criminals—and a few dubious military leaders. Eighteen-year-old Jim Raynor, full of testosterone and eager to make things right at home, ships off to boot camp, but he soon discovers that the official mission is not what he’s really fighting for.

For the first time ever, StarCraft enthusiasts will learn the ori­gins of the enduring friendship between Jim Raynor and the streetwise soldier Tychus Findlay. Watch as they battle on the front lines of a fierce interplanetary war and bear witness to the Confederacy’s rank corruption—corruption so reprehensible that it rains immeasurable death and destruction upon the government’s own people.