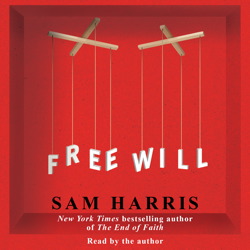 From the New York Times bestselling author of The End of Faith, a thought-provoking, 'brilliant and witty' (Oliver Sacks) look at the notion of free will—and the implications that it is an illusion.

A belief in free will touches nearly everything that human beings value. It is difficult to think about law, politics, religion, public policy, intimate relationships, morality—as well as feelings of remorse or personal achievement—without first imagining that every person is the true source of his or her thoughts and actions. And yet the facts tell us that free will is an illusion.

In this enlightening book, Sam Harris argues that this truth about the human mind does not undermine morality or diminish the importance of social and political freedom, but it can and should change the way we think about some of the most important questions in life.