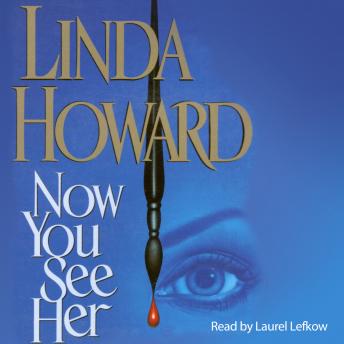 New York Times bestseller Linda Howard brings scintillating sensuality and high-voltage thrills to this novel following a painter as she embarks on a sizzling romance while also coming under suspicion for a shocking murder.

A talented painter in her early thirties, Paris Sweeney has achieved enviable success: her work sells at an exclusive New York City gallery, and her popularity is at an all-time high. Life is good, and Sweeney, as she prefers to be called, is content.

But lately, Sweeney’s dreams seem to echo a growing restlessness that has taken hold of her. Suddenly, impulsively, Sweeney falls into a night of intense passion with millionaire Richard Worth. Now, the true dangers of her all-consuming urges are about to be revealed where Sweeney least expects it: in her paintings.

After a creative frenzy she can barely recall, Sweeney discovers she has rendered a disturbing image—a graphic murder scene. Against her better instincts, she returns to the canvas time and again, filling out each chilling detail piece by piece. But when a shattering, real-life murder mirrors her creation, Sweeney falls under suspicion. With every stroke of her brush, she risks incriminating herself with her inexplicable knowledge of a deadly crime. And every desire—including her hunger for Richard—is loaded with uncertainty as Sweeney races to unmask a killer.