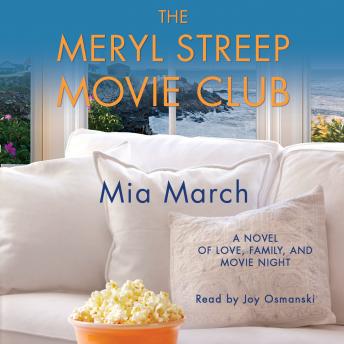 In the bestselling tradition of The Friday Night Knitting Club and The Jane Austen Book Club, three women find unexpected answers, happiness, and one another, using Meryl Streep’s movies as their inspiration.

Two sisters and the cousin they grew up with after a tragedy are summoned home to their family matriarch’s inn on the coast of Maine for a shocking announcement. Suddenly, Isabel, June, and Kat are sharing the attic bedroom—and barely speaking. But when innkeeper Lolly asks them to join her and the guests in the parlor for weekly Movie Night—it’s Meryl Streep month—they find themselves sharing secrets, talking long into the night... and questioning everything they thought they knew about life, love, and one another.

Each woman sees her complicated life reflected through the magic of cinema: Isabel’s husband is having an affair, and an old pact may keep her from what she wants most...June has promised her seven-year-old son that she will somehow find his father, who he’s never known...and Kat is ambivalent about accepting her lifelong best friend’s marriage proposal. Through everything, Lolly has always been there for them, and now Isabel, June, Kat—and Meryl—must be there for her. Finding themselves. Finding each other. Finding a happy ending.

This book surprised me in that I had not heard of the author before. It was, indeed very good, I love books about people who do ordinary things so that I feel as if I am in a chair involved in the story which this book does.