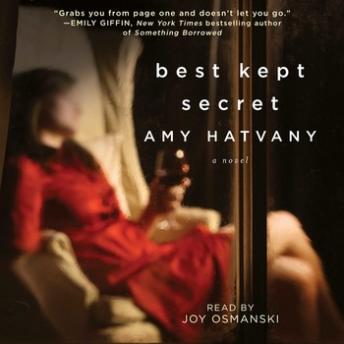 A timely and captivating novel about a mother whose life spirals out of control when she descends into alcoholism, and her battle to get sober and regain custody of her beloved son.

Cadence didn’t sit down one night and decide that downing two bottles of wine was a brilliant idea.

Her drinking snuck up on her—as a way to sleep, to help her relax after a long day, to relieve some of the stress of the painful divorce that’s left her struggling to make ends meet with her five-year old son, Charlie.

It wasn’t always like this. Just a few years ago, Cadence seemed to have it all—a successful husband, an adorable son, and a promising career as a freelance journalist. But with the demise of her marriage, her carefully constructed life begins to spiral out of control. Suddenly she is all alone trying to juggle the demands of work and motherhood.

Logically, Cadence knows that she is drinking too much, and every day begins with renewed promises to herself that she will stop. But within a few hours, driven by something she doesn’t understand, she is reaching for the bottle—even when it means not playing with her son because she is too tired, or dropping him off at preschool late, again. And even when one calamitous night it means leaving him alone to pick up more wine at the grocery store. It’s only when her ex-husband shows up at her door to take Charlie away that Cadence realizes her best kept secret has been discovered….

Heartbreaking, haunting, and ultimately life-affirming, Best Kept Secret is more than just the story of Cadence—it’s a story of how the secrets we hold closest are the ones that can most tear us apart.