If It's Not One Thing, It's Your Mother 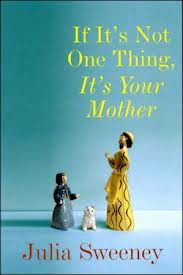 In these candidly witty and poignant essays, comedienne and writer Julia Sweeney muses on the complex blessings of motherhood: deciding to adopt her daughter, a Chinese girl named Mulan (“After the movie?”); nannies (including the Chinese Pat); being adopted by a dog; and meeting Mr. Right through an email from a complete stranger who wrote, “Desperately Seeking Sweeney-in-Law.” She recounts how she explained the facts of life to nine-year-old Mulan, a story that became a wildly popular TED talk and YouTube video. But no matter what the topic, Julia always writes with elegant precision, pinning her jokes with razor-sharp observations while articulating feelings that we all share.

If It's Not One Thing, It's Your Mother