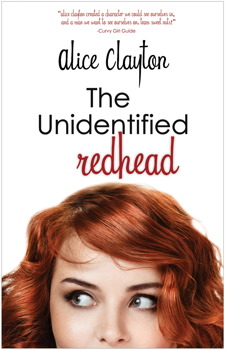 Grace Sheridan is back. Ten years after discovering that looks and talent are a dime a dozen in Los Angeles, she’s wriggling into a pair of badass jeans and ready to show the film industry that there’s way more to her than just a head of gorgeous red curls. And Hollywood’s newest Brit super-hunk Jack Hamilton certainly sees a lot to like. Grace is trying to restrain herself from jumping a man who is nearly a decade her junior, but Jack is making it clear that he personally has zero problems with that idea.

While Grace and Jack are still swapping innuendo-loaded quips and text sex though, the paparazzi have caught up with them, headlining the “unidentified redhead” who’s been photographed trysting at a restaurant with the heartthrob of the year. Now Grace is in stuck in a double bind. She’s head over heels in lust with Jack, but there’s her own career to think of as well. A sizzling romance with the newest “it” boy may garner her industry attention . . . but is it the kind of attention she’s always dreamed of?

This title is due for release on July 16, 2013
We'll send you an email as soon as it is available!