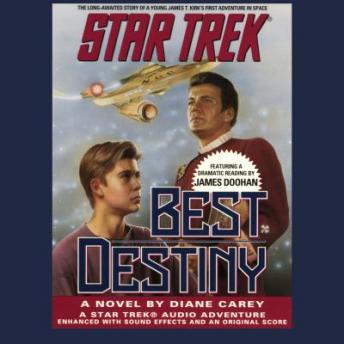 As James T. Kirk prepares to retire from a long and illustrious Starfleet career, events in a distant part of the Federation draw him back to a part of the galaxy he had last visited as a young man, a mysterious world called Faramond whose name takes Kirk on a journey back to his youth.
At sixteen, Kirk is troubled, estranged from his father, and has a bleak future. However, a trip into space with Kirk's father George and Starfleet legend Captain Robert April changes James Kirk's life forever, when a simple voyage becomes a deadly trap. Soon Kirk and his father find themselves fighting for their lives against a vicious and powerful enemy.
Before the voyage ends, father and son will face life and death together, and James T. Kirk will get a glimpse of the future and his own best destiny.