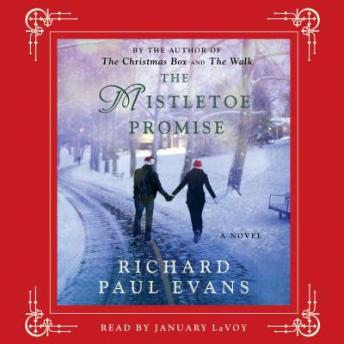 A love story for Christmas—now a Hallmark Channel original movie—from the #1 bestselling author of The Christmas Box and The Walk.

Elise Dutton dreads the arrival of another holiday season. Three years earlier, her husband cheated on her with her best friend, resulting in a bitter divorce that left her alone, broken, and distrustful.

Then, one November day, a stranger approaches Elise in the mall food court. Though she recognizes the man from her building, Elise has never formally met him. Tired of spending the holidays alone, the man offers her a proposition. For the next eight weeks—until the evening of December 24—he suggests that they pretend to be a couple. He draws up a contract with four rules:

1. No deep, probing personal questions
2. No drama
3. No telling anyone the truth about the relationship
4. The contract is void on Christmas Day

The lonely Elise surprises herself by agreeing to the idea. As the charade progresses, the safety of her fake relationship begins to mend her badly broken heart. But just as she begins to find joy again, her long-held secret threatens to unravel the emerging relationship. But she might not be the only one with secrets.