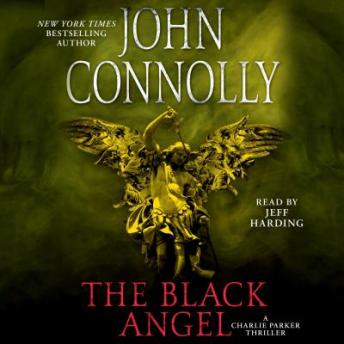 The Black Angel: A Thriller

The Black Angel begins with the mysterious abduction of a young woman. Intrigued by the case, Charlie Parker's longtime friend and professional killer, Louis, begins a solo search for the girl. The ties of friendship inevitably draw Parker into the search, as he soon discovers that the girl's disappearance is linked to a church of bones in eastern Europe, to the slaughter at a French monastery in 1944, and to the myth of an object known as the Black Angel. But the Black Angel is not a legend. It is real. It lives. It dreams. And the mystery of its existence may contain the secret of Parker's own origins...

As with his previous novels, John Connolly masterfully intertwines mystery, emotion, violence, and the supernatural in this raw and gripping thriller. Fast-paced, spellbinding, and elegantly written, this is John Connolly at his chilling best.