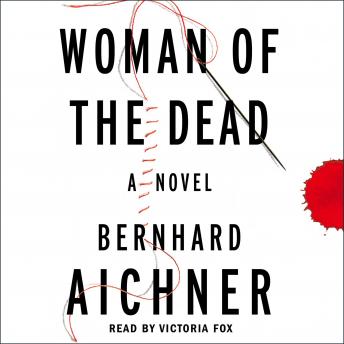 The #1 international bestseller hailed as 'one of the most arresting thrillers' (#1 New York Times bestselling author Lisa Gardner), Woman of the Dead is the darkly riveting tale of Brünhilde Blum, a successful undertaker whose happiness is struck by tragedy that sets her on the path for revenge.

For the past eight years, Blum has had a good life—a life that masks the terrible secrets of her past. She is a successful undertaker, a doting mother, and the loving wife of a decorated police officer.

Then in one devastating moment, a hit-and-run changes everything. As Blum’s grief over the death of her husband, Mark, overwhelms her, only her two little girls can drag her back to the land of the living. Time passes quietly until while packing up Mark’s office, Blum discovers a recorded conversation from a case he was investigating. She soon learns Mark’s death was no accident—it was murder—and Blum dives headfirst into the abyss to find out why and have her revenge.

Woman of the Dead, the first book in a trilogy, is an unforgettable thriller about the lengths one passionate woman will go to for vengeance and the tug-of-war between good and evil that exists in all of us. Vivid, tense, and written with breakneck narration, this novel introduces Bernhard Aichner as a rising star in crime fiction.

Great listen. You won't be thinking about anything else while you listen.