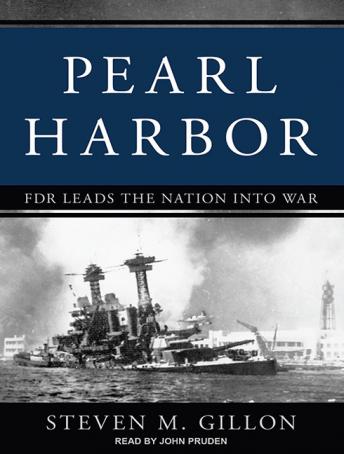 Franklin D. Roosevelt famously called December 7, 1941, 'a date which will live in infamy.' History would prove him correct; the events of that day-when the Japanese bombed Pearl Harbor-ended the Great Depression, changed the course of FDR's presidency, and swept America into World War II.

In Pearl Harbor, acclaimed historian Steven M. Gillon provides a vivid, minute-by-minute account of Roosevelt's skillful leadership in the wake of the most devastating military assault in American history. FDR proved both decisive and deceptive, inspiring the nation while keeping the real facts of the attack a secret from congressional leaders and the public. Pearl Harbor explores the anxious and emotional events surrounding the attack on Pearl Harbor, showing how the president and the American public responded in the pivotal twenty-four hours that followed, a period in which America burst from precarious peace into total war.