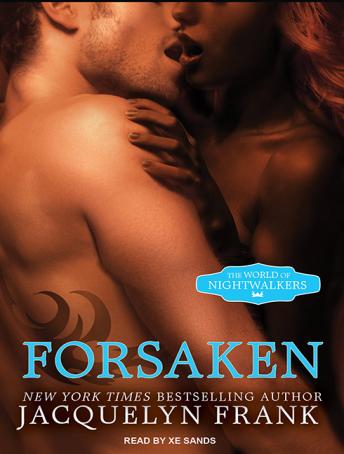 Forsaken: The World of Nightwalkers

As a mercenary, Leo Alvarez has signed on for a lot-but he never signed on for his best friend becoming host to the soul of an ancient Egyptian pharaoh. Jackson is now inhabited by a Bodywalker, and Leo is forced to grapple with a realm of supernatural beings far more dangerous than anything he's ever encountered.

But when Jackson is wounded by an attack from a demon god, Leo must team up with another supernatural creature-a Night Angel-to save his friend from utter destruction. With skin as black as midnight, hair as white as snow, and a body of pure perfection, the Night Angel arouses a burning desire in Leo, even as he refuses to be intimidated by her power-or the power of those who would destroy his friend. An unusual alliance is forged, electrified by sexual temptation, and together the two must unite their strengths to bring down a supreme evil.

Forsaken: The World of Nightwalkers