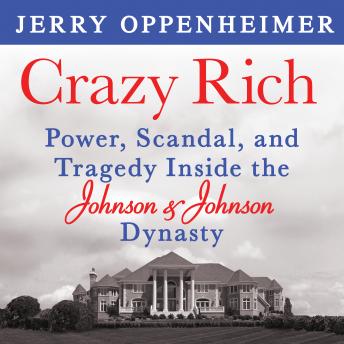 From the founders of the international health-care behemoth Johnson & Johnson in the late 1800s to the contemporary Johnsons of today, such as billionaire New York Jets owner Robert Wood 'Woody' Johnson IV, all is revealed in this scrupulously researched, unauthorized biography by New York Times bestselling author Jerry Oppenheimer. Often compared to the Kennedy clan because of the tragedies and scandals that had befallen both wealthy and powerful families, Crazy Rich, based on scores of exclusive, candid, on-the-record interviews, reveals how the dynasty's vast fortune was both intoxicating and toxic through the generations of a family that gave the world Band-Aids and Baby Oil.