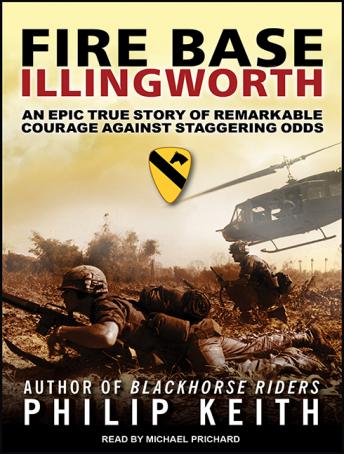 Fire Base Illingworth: An Epic True Story of Remarkable Courage Against Staggering Odds

In the early morning hours of April 1, 1970, more than four hundred North Vietnamese soldiers charged out into the open and tried to overrun FSB Illingworth. The battle went on, mostly in the dark, for hours. Exposed ammunition canisters were hit and blew up, causing a thunderous explosion inside the FSB that left dust so thick it jammed the hand-held weapons of the GIs. Much of the combat was hand-to-hand. In all, twenty-four Americans lost their lives and another fifty-four were wounded. Nearly one hundred enemy bodies were recovered. It was one of the most vicious small-unit firefights in the history of U.S. forces in Vietnam.

As in his acclaimed book Blackhorse Riders, a finalist for the prestigious Colby Award, Phil Keith uncovers a harrowing true story of bravery and sacrifice by the men who fought valiantly to hold FSB Illingworth-a tale never-before-told and one that will not be soon forgotten.

Fire Base Illingworth: An Epic True Story of Remarkable Courage Against Staggering Odds