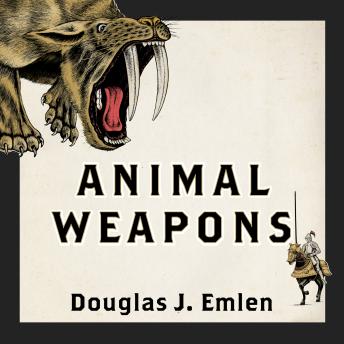 Animal Weapons: The Evolution of Battle

In Animal Weapons, Douglas J. Emlen takes us outside the lab and deep into the forests and jungles to explain the processes behind the most intriguing and curious examples of extreme animal weapons-fish with mouths larger than their bodies and bugs whose heads are so packed with muscle they don't have room for eyes.


As singular and strange as some of the weapons are, we learn that similar factors set their evolution in motion. Emlen looks at everything, from our armor and camouflage to the evolution of the rifle and the structures human populations have built across different regions and eras to protect their homes and communities.


Animal Weapons brings us the complete story of how weapons reach their most outsized, dramatic potential, and what the results we witness in the animal world can tell us about our own relationship with weapons of all kinds.

Animal Weapons: The Evolution of Battle