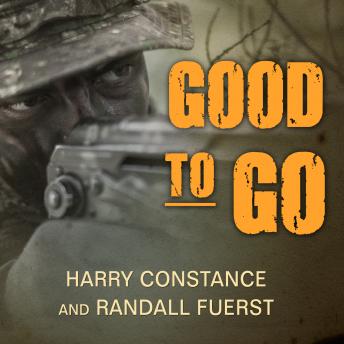 Good to Go: The Life And Times Of A Decorated Member Of The U.S. Navy's Elite Seal Team Two

In the mid-nineteen sixties, Harry Constance made a life-altering journey that led him out of Texas and into the jungles of Vietnam. As a young naval officer, he went from UDT training to the U.S. Navy's newly formed SEAL Team Two, then straight into furious action. By 1970, he was already the veteran of three hundred combat missions and the recipient of thirty-two military citations, including three Bronze Stars and a Purple Heart.

Good to Go is Constance's powerful, firsthand account of his three tours of duty as a member of America's most elite, razor-sharp stealth fighting force. It is a breathtaking memoir of harrowing missions and covert special-ops-from the floodplains of the Mekong Delta to the beaches of the South China Sea-that places the listener in the center of bloody ambushes and devastating firefights. But Constance's extraordinary adventure goes even farther-beyond 'Nam-as we accompany Constance and the SEALs on astonishing missions to some of the world's most dangerous hot-spots . . . and experience close-up the courage, dedication, and unparalleled skill that made the U.S. Navy SEALs legendary.

Good to Go: The Life And Times Of A Decorated Member Of The U.S. Navy's Elite Seal Team Two