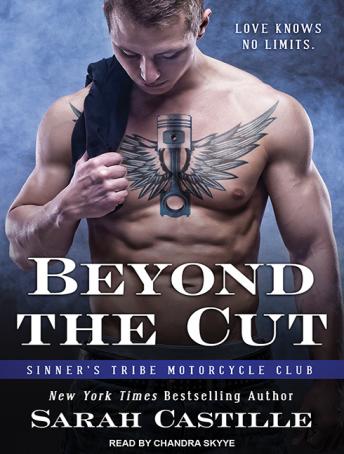 As a teen, Dawn ran from a life on the streets straight into the arms of Jimmy 'Mad Dog' Sanchez, a biker who promised to be her knight in shining armor. But his love was just another cage. Years later, Dawn's former life still has its hooks in her and she'll do whatever it takes to break free. When Cade 'Ryder' O'Connor, a member of a rival club, makes her an offer, Dawn finds herself in a different, hotter kind of trouble with one irresistible Sinner . . .


Cade is an outlaw biker with allegiance to one thing and one thing only: The Sinner's Tribe Motorcycle Club. But when it comes to the stunningly sexy, fiercely independent Dawn Delgado, Cade finds himself...hungrier for more. Trouble is on Dawn's heels and he wants to be the answer to her prayers, whether she wants him to be or not. What can't be denied is the red-hot attraction between them. However, as they fall deeper, the danger rises and Cade may have to sacrifice it all. Contains mature themes.