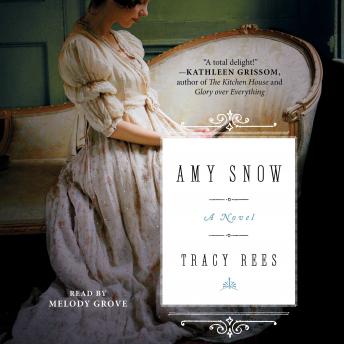 Winner of the UK’s Richard & Judy Search for a Bestseller Competition, this page-turning debut novel follows an orphan whose late, beloved best friend bequeaths her a treasure hunt that leads her all over Victorian England and finally to the one secret her friend never shared.

It is 1831 when eight-year-old Aurelia Vennaway finds a naked baby girl abandoned in the snow on the grounds of her aristocratic family’s magnificent mansion. Her parents are horrified that she has brought a bastard foundling into the house, but Aurelia convinces them to keep the baby, whom she names Amy Snow. Amy is brought up as a second-class citizen, despised by Vennaways, but she and Aurelia are as close as sisters. When Aurelia dies at the age of twenty-three, she leaves Amy ten pounds, and the Vennaways immediately banish Amy from their home.

But Aurelia left her much more. Amy soon receives a packet that contains a rich inheritance and a letter from Aurelia revealing she had kept secrets from Amy, secrets that she wants Amy to know. From the grave she sends Amy on a treasure hunt from one end of England to the other: a treasure hunt that only Amy can follow. Ultimately, a life-changing discovery awaits...if only Amy can unlock the secret. In the end, Amy escapes the Vennaways, finds true love, and learns her dearest friend’s secret, a secret that she will protect for the rest of her life.

An abandoned baby, a treasure hunt, a secret. As Amy sets forth on her quest, readers will be swept away by this engrossing gem of a novel—the wonderful debut by newcomer Tracy Rees.