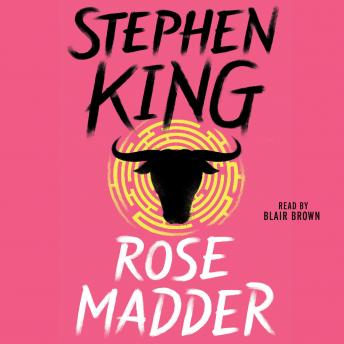 The #1 national bestseller about a woman who escapes an abusive marriage is “one of Stephen King’s most engrossing horror novels. Relentlessly paced and brilliantly orchestrated...fueled by an air of danger immediate and overwhelming” (Publishers Weekly).

'What woke her up was a single drop of blood, no larger than a dime.'

After surviving fourteen years of hell in a violently abusive marriage, Rosie Daniels finally summons the courage to flee for her life. But leaving her husband, Norman, for a new city and a new start is a very daunting prospect. It's hard for Rosie not to keep looking over her shoulder, and with good reason—Norman's a police officer with the instincts of a predator, a force of relentless terror and savagery…a man almost mythic in his monstrosity. He's very good at finding people, even if he is losing his mind. Rosie’s only hope for salvation may lie in a far more dangerous place, where she must become her own myth and the woman she never knew she could be....

Love the story, the plot line where an abusive, demonic husband comes after the woman who left him kind of remind me of Bev Marsh's story from "It" tho. All in all 5 stars for the narrator and 4.5 for the book.

This book takes a while to get Into. But is soo worth it when you get into it.

I liked this story. The narration was good and I like how SK swapped narrating with Blair Brown. I enjoyed it.

I really thought this was a great book. the ending was a little weird, not what I expected, but all in all a very good book. I really liked the narrator Blair Brown. I was pleased to hear Stephen King read parts of the book. Excellent!