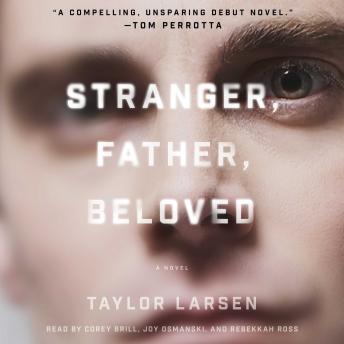 A Huffington Post “2017 Hottest Reads of The Summer” Pick

“Taylor Larsen creates a powerful and moving story about the fracturing of a family and its descent into chaos. A brilliant debut of self-delusion, and a perfectly flawed male character spiraling downward.” —Huffington Post

An “emotionally intelligent family drama” (Kirkus Reviews, starred review), in the tradition of Tom Perrotta’s Little Children, about a wealthy man who reaches a crossroads after a lifetime of repression, sending his family into a slow spiral towards a breakdown.

When Michael James sees his wife Nancy chatting with a stranger at a party, his intuition tells him that he’s watching her with the man she should have married. He quickly begins a campaign to replace himself within his own family with this other man—who, to him, is worthier, better, and kinder—all so his faithful wife Nancy, his beautiful teenage daughter Ryan, and his young son Max can live the lives they deserve.

While Michael pursues this man’s friendship, Ryan goes through a period of sexual awakening and rebellion and distances herself from her family, and the quiet, weak Nancy becomes increasingly befuddled and frustrated by the behaviors of her husband and daughter. As tension and uncertainty build in their home, the James family slowly unravels.

With the quiet intensity of the film American Beauty and the emotional sensitivity of Lorrie Moore, Taylor Larsen creates a powerful and moving story about the fracturing of a family and its descent into chaos.