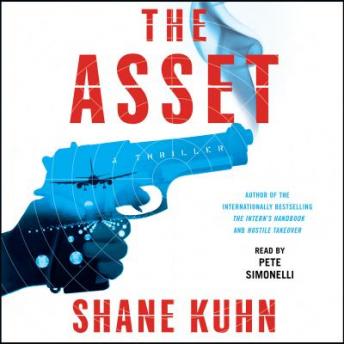 A private airport security contractor becomes a counterterrorism operative to prevent a terrorist attack in this “timely, edge-of-the-seat thriller” (Bookpage) from the author of the #1 internationally bestselling The Intern’s Handbook.

Kennedy—a private airport security contractor—knows more about airports than the head of the TSA, and he feels more comfortable in his British Airways Club World flatbed seat than in his own home. Haunted by the memory of his sister’s death on 9/11, Kennedy takes his job and the protection of the American people very seriously. So when he’s kidnapped and recruited into a CIA ghost operation known as Red Carpet, he jumps at the opportunity to become a civilian asset working with a team of some of the CIA’s best counterterrorism analysts and spec ops soldiers as they race against the clock to stop the greatest terrorist threat the United States will ever face.

With the same bold voice that earned him rave reviews for his previous novels, Shane Kuhn’s The Asset is an “exhilarating” (Publishers Weekly, starred review) read with an “ultimate twist that makes readers’ jaws drop” (Kirkus Reviews).