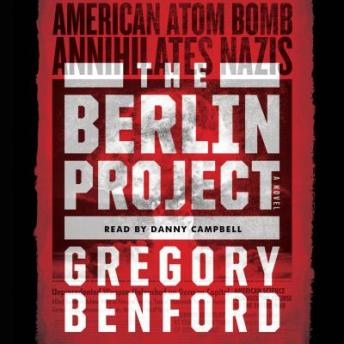 New York Times bestselling author Gregory Benford creates an alternate history about the creation of the atomic bomb that explores what could have happened if the bomb was ready to be used by June 6, 1944.

Karl Cohen, a chemist and mathematician who is part of The Manhattan Project team, has discovered an alternate solution for creating the uranium isotope needed to cause a chain reaction: U-235.

After convincing General Groves of his new method, Cohen and his team of scientists work at Oak Ridge preparing to have a nuclear bomb ready to drop by the summer of 1944 in an effort to stop the war on the western front. What ensues is an altered account of World War II in this taut thriller.

Combining fascinating science with intimate and true accounts of several members of The Manhattan Project, The Berlin Project is an astounding novel that reimagines history and what could have happened if the atom bomb was ready in time to stop Hitler from killing millions of people.