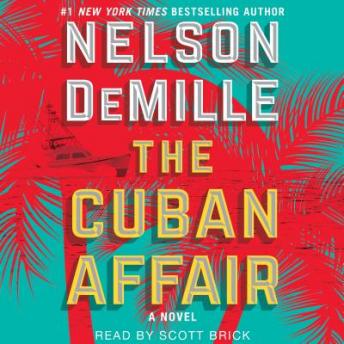 Daniel “Mac” Graham MacCormick seems to have a pretty good life. At age thirty-five he’s living in Key West, owner of a forty-two-foot charter fishing boat The Maine. But after serving five years in the Army and purchasing a boat with a big bank loan, Mac’s finances are more than a little shaky.

One day, Mac is sitting in the famous Green Parrot Bar, contemplating his life, and waiting for Carlos, a hotshot Miami lawyer heavily involved with anti-Castro groups. Carlos wants to hire Mac and The Maine for a ten-day fishing tournament to Cuba at the standard rate, but Mac suspects there is more to this and turns it down. The price then goes up to two million dollars, and Mac agrees to hear the deal, and meet Carlos’s clients—a beautiful Cuban-American woman named Sara Ortega, and a mysterious older Cuban exile, Eduardo Valazquez.

What Mac learns is that there is sixty million American dollars hidden in Cuba by Sara’s grandfather when he fled Castro’s revolution. With the “Cuban Thaw” underway between Havana and Washington, Carlos, Eduardo, and Sara know it’s only a matter of time before someone finds the stash—by accident or on purpose. And Mac knows if he accepts this job, he’ll walk away rich…or not at all.

A great listen and read!!! NDM humor, action and story telling does not disappoint . Narration was fantastic and complimented The Cuban Affair conveying all emotions. I was actually disappointed when the book ended leaving me wanting more!!!

Storyline is good. It kind of dragged on too much. I was often hoping they would just hurry up and do something. It did have unexpected twists. I like how they showed the real Cuba (which is not good regarding human rights). Would recommend. Narrator is excellent.

We enjoyed this book very much

Great book to listen to while I drive between 2 states!!

The book was to slow. I could almost guess the next move.

Smiled quite a few times at this humor and kept me guessing up until the end.

I thought The Cuban Affair was a very good book. I am a HUGE NDM fan and the only reason I didn't give it 5 stars is I thought it moved a little slow. Definitely worth a listen though and Scott Brick does a great narration. as he usually does.

Exciting throughout the whole story..