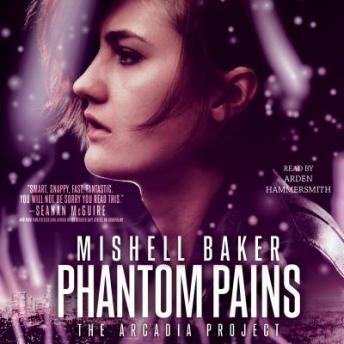 In this sequel to the Nebula Award–nominated and Tiptree Award Honor Book that New York Times bestselling author Seanan McGuire called “exciting, inventive, and brilliantly plotted,” Millie unwillingly returns to the Arcadia Project when an impossible and deadly situation pulls her back in.

Four months ago, Millie left the Arcadia Project after losing her partner Teo to the lethal magic of an Unseelie fey countess. Now, in a final visit to the scene of the crime, Millie and her former boss Caryl encounter Teo’s tormented ghost. But there’s one problem: according to Caryl, ghosts don’t exist.

Millie has a new life, a stressful job, and no time to get pulled back into the Project, but she agrees to tell her side of the ghost story to the agents from the Project’s National Headquarters. During her visit though, tragedy strikes when one of the agents is gruesomely murdered in a way only Caryl could have achieved. Millie knows Caryl is innocent, but the only way to save her from the Project’s severe, off-the-books justice is to find the mysterious culprits that can only be seen when they want to be seen. Millie must solve the mystery not only to save Caryl, but also to foil an insidious, arcane terrorist plot that would leave two worlds in ruins.