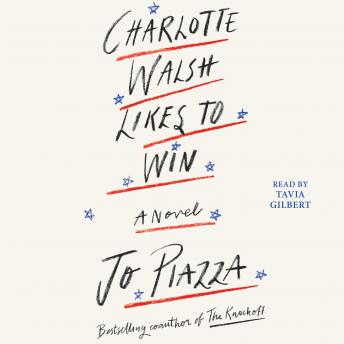 From bestselling author Jo Piazza comes one of People’s “Best Summer Books,” a “comically accurate” (New York Post) novel about what happens when a woman wants it all—political power, marriage, and happiness.

Charlotte Walsh is running for Senate in the most important race in the country during a midterm election that will decide the balance of power in Congress. Reeling from a presidential election that shocked and divided the country and inspired to make a difference, she’s left her high-powered job in Silicon Valley and returned, with her husband and three young daughters, to her downtrodden Pennsylvania hometown to run for office in the Rust Belt state.

Once the campaign gets underway, Charlotte is blindsided by just how dirty her opponent is willing to fight, how harshly she is judged by the press and her peers, and how exhausting it becomes to navigate a marriage with an increasingly ambivalent and often resentful husband. When the opposition uncovers a secret that could threaten not just her campaign but everything Charlotte holds dear, she must decide just how badly she wants to win and at what cost.

“The essential political novel for the 2018 midterms” (Salon), Charlotte Walsh Likes to Win is an insightful portrait of what it takes for a woman to run for national office in America today. In a dramatic political moment like no other with more women running for office than ever before, this searing, suspenseful story of political ambition, marriage, class, sexual politics, and infidelity is timely, engrossing, and perfect for readers on both sides of the aisle.

The ending felt like an easy cop out. I need closure!