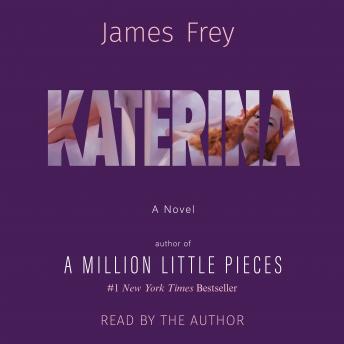 A kiss, a touch. A smile and a beating heart. Love and sex and dreams, art and drugs and the madness of youth. Betrayal and heartbreak, regret and pain, the melancholy of age. Katerina, the explosive new novel by America’s most controversial writer, is a sweeping love story alternating between 1992 Paris and Los Angeles in 2018.

At its center are a young writer and a young model on the verge of fame, both reckless, impulsive, addicted, and deeply in love. Twenty-five years later, the writer is rich, famous, and numb, and he wants to drive his car into a tree, when he receives an anonymous message that draws him back to the life, and possibly the love, he abandoned years prior. Written in the same percussive, propulsive, dazzling, breathtaking style as A Million Little Pieces, Katerina echoes and complements that most controversial of memoirs, and plays with the same issues of fiction and reality that created, nearly destroyed, and then recreated James Frey in the American imagination.