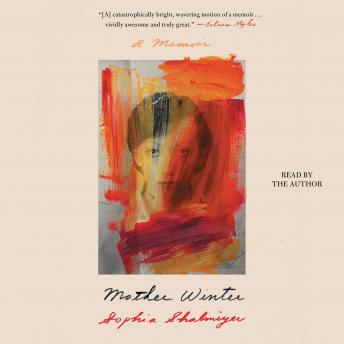 An arresting memoir equal parts refugee-coming-of-age story, feminist manifesto, and meditation on motherhood, displacement, gender politics, and art that follows award-winning writer Sophia Shalmiyev’s flight from the Soviet Union, where she was forced to abandon her estranged mother, and her subsequent quest to find her.

Russian sentences begin backward, Sophia Shalmiyev tells us on the first page of her striking lyrical memoir. To understand the end of her story, we must go back to the beginning.

Born to a Russian mother and an Azerbaijani father, Shalmiyev was raised in the stark oppressiveness of 1980s Leningrad (now St. Petersburg), where anti-Semitism and an imbalance of power were omnipresent in her home. At just eleven years old, Shalmiyev’s father stole her away to America, forever abandoning her estranged alcoholic mother, Elena. Motherless on a tumultuous voyage to the states, terrified in a strange new land, Shalmiyev depicts in urgent, poetic vignettes her emotional journeys through an uncharted world as an immigrant, artist, and, eventually, as a mother of two. As an adult, Shalmiyev voyages back to Russia to search endlessly for the mother she never knew—in her pursuit, we witness an arresting, impassioned meditation on art-making, gender politics, displacement, and most potently, motherhood.