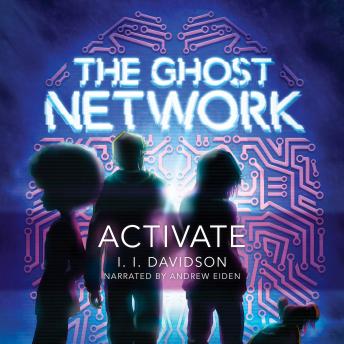 Winner of the 2020 Independent Audiobook Award for the Young Adult category.

Despite coming from different ends of the world, John, Slack, Akane, and Salome, age 12, have plenty in common. They love computers, coding, hacking, gaming—it literally flows through their veins. One more thing: they are all technically dead. The group comes together at the Wolf's Den in deepest Alaska, one of several top-secret schools for technological excellence around the globe. The place seems like a coder's dream come true at first, but things take a dark turn when the group realizes they are not like the other kids there. They uncover that the center is working on a potentially dangerous, secret project known as Project 31. What's worse, the guinea pigs are the kids themselves. The gang realizes that John's father implanted artificial intelligence in their bloodstream, in order to protect them, before going missing under mysterious circumstances. They are not only wanted by those in power, but are now being hunted. There's only one way out: to escape across the brutal Alaskan tundra where the truth will be revealed.